Warner Bros have officially confirmed that Oscar winning actor Eddie Redmayne has been cast as magizoologist Newt Scamander in the upcoming Fantastic Beasts and Where To Find Them movie.

BURBANK, Calif.–(BUSINESS WIRE)–Academy Award-winning actor Eddie Redmayne has been cast as Newt Scamander in Warner Bros. Pictures’ much-anticipated wizarding world adventure “Fantastic Beasts and Where to Find Them.” The announcement was made today by Greg Silverman, President of Creative Development and Worldwide Production, Warner Bros. Pictures.

“Fantastic Beasts and Where to Find Them.”

Redmayne will play J.K. Rowling’s creation Newt Scamander, the Wizarding World’s preeminent magizoologist, who in his travels has encountered and documented a myriad of magical creatures, ultimately leading to his penning the Hogwarts School textbookFantastic Beasts and Where to Find Them.

In making the announcement, Silverman said, “Eddie Redmayne has emerged as one of today’s most extraordinarily talented and acclaimed actors. We are thrilled to welcome him into J.K. Rowling’s Wizarding World, where we know he will deliver a remarkable performance as Newt Scamander, the central character in ‘Fantastic Beasts and Where to Find Them.’”

Making her screenwriting debut on the film, J.K. Rowling has developed the character of Scamander and his primer—taken from her globally beloved Harry Potter series—to further explore the unique wizarding world she has crafted in print and bring it to life on screen.

David Yates, who directed the last four “Harry Potter” films and will direct “Fantastic Beasts and Where to Find Them,” stated, “Eddie is a fearless actor, brimming with invention, wit and humanity. I couldn’t be more excited about the prospect of working with him as we start this new adventure in J.K. Rowling’s wonderful world, and I know she feels the same way.”

The film is being produced by David Heyman, producer of all eight of the blockbuster “Harry Potter” features; J.K. Rowling; Steve Kloves, who scripted all but one of the “Harry Potter” films; and Lionel Wigram, who served as an executive producer on the last four installments of the franchise.

Eddie Redmayne won an Academy Award for Best Actor for his performance in the 2014 biopic “The Theory of Everything.” His stunning portrayal of Stephen Hawking in that film also brought him Screen Actors Guild, BAFTA and Golden Globe Awards. In 2012, Redmayne starred as Marius in Tom Hooper’s screen adaptation of the hit musical “Les Misérables,” with Hugh Jackman, Anne Hathaway, Russell Crowe and Amanda Seyfried. In 2010, Redmayne won a Tony Award for his performance in “Red,” which marked his Broadway debut. On screen, he next stars in Hooper’s true-life drama “The Danish Girl,” due out this November.

Warner Bros. Pictures has slated “Fantastic Beasts and Where to Find Them” for worldwide release in 3D and IMAX on November 18, 2016. 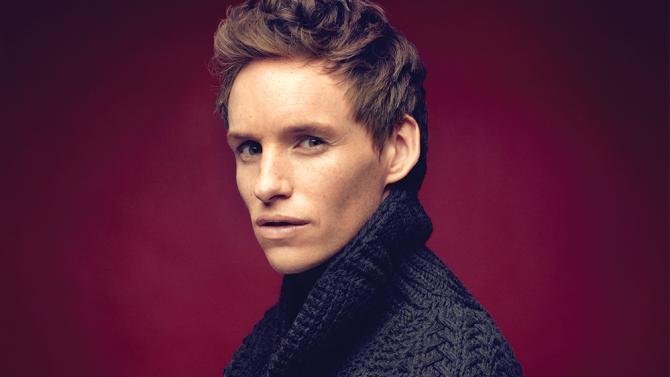