Storm Barney hit the set of the first Fantastic Beasts movie in Leavesden last night, severely damaging some of the green screen areas.

Last night the storm – which is only the second UK storm strong enough to be named – led to 400 plus members of the crew and cast being evacuated from the site in Leavesden, Hertfordshire.

Images reveal the massive green screen was torn apart, leaving the multi-million pound setter in chaos. It is believed that filming has been able to continue today. 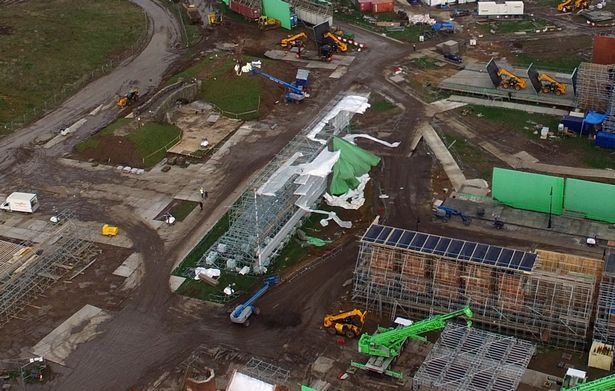 We’re glad no injuries occurred, but also hope the damage wasn’t extensive enough to push back the film’s release date which is currently set for November 18th 2016.