The cover art for the upcoming Crimes of Grindelwald screenplay, designed by MinaLima, has been unveiled by Pottermore:

The artwork pays homage to Paris as one of the cities visited in The Crimes of Grindelwald, with the Eiffel Tower taking central focus. Eagle-eyed fans will also spot a few magical creatures, including a Bowtruckle and a Niffler, along with a few other recognisable Wizarding World symbols, such as the Deathly Hallows. We can also spot a locket with the letters ‘NF’, a piece of jewellery, and an ominous skull hanging over the top of the cover. But what do all of these mean for the story?

‘The location is so significant in this film and the Eiffel Tower is so iconic it lends itself to this design,’ Mira added. ‘And as for the colour, we wanted to keep the gold theme running through, but as the storyline is getting darker, we introduced this black silhouette design. And the overall colour is typical of the period.’

Along with the obvious Nifflers & Bowtruckles and aforementioned Nicholas Flamel lock, the things we can spot are:

The Philosopher’s Stone, which is placed in between Flamel’s lock & a key: 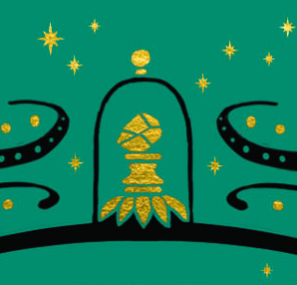 This image of a woman who represents the Ministere Des Affaires Magiques De La France: 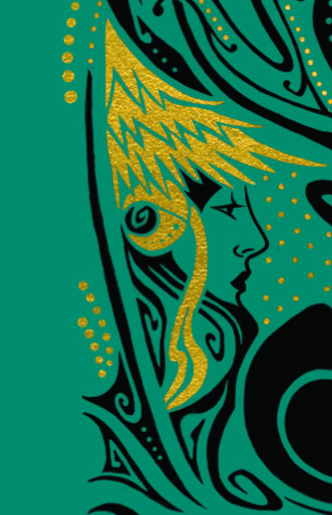 Oni, who is a Japanese demon & will be appearing in the magical circus: 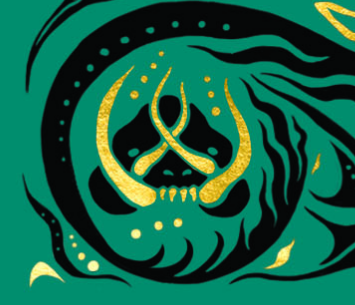 This magical creature who could be either a kelpie or thestral (both will appear in the film: 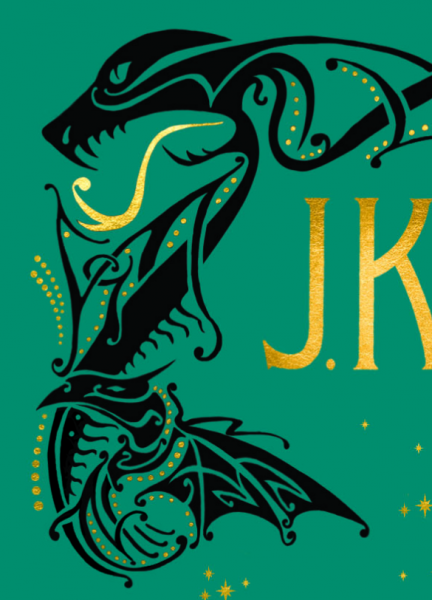 Some form of Dark Mark – perhaps the origins of Voldemort’s began with Grindelwald? 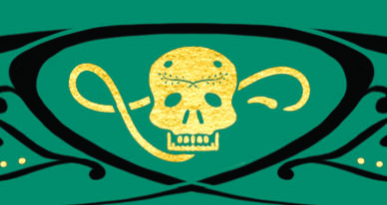 The Eiffel Tower (representing the setting of Paris), flocked by a Phoenix who is perhaps integral in the making of the Philosopher’s Stone: 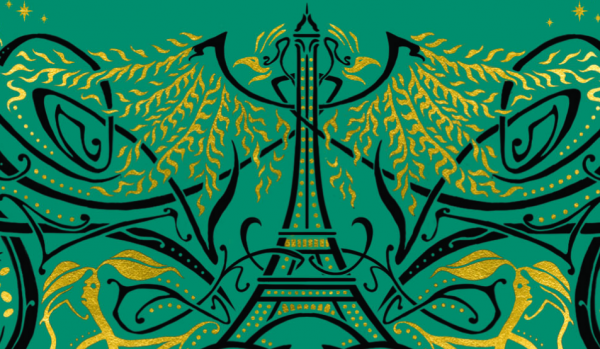 And finally, we have two black cats. Could they signify Dumbledore & Grindelwald?
Both on either side, looking towards the Deathly Hallows, encompassed by love? 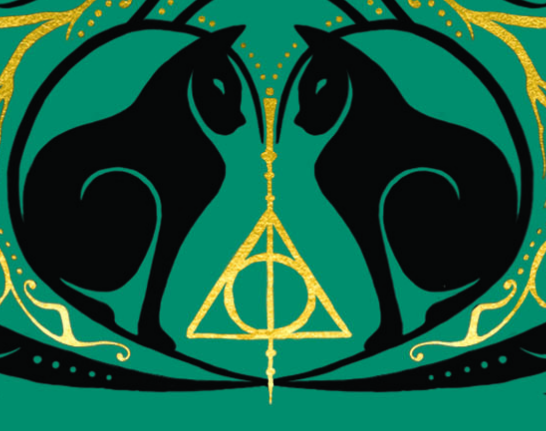 Let us know your thoughts & theories on all these clues over on Twitter!