Entertainment Weekly have just released a brand new still from Crimes of Grindelwald – this one of a flashback scene where Newt faces his boggart in a Hogwarts lesson: 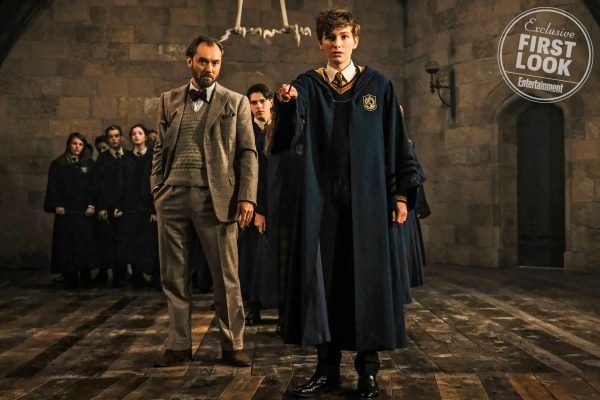 “Leta, it’s one of those relationships where there was definitely great love there,” Eddie Redmayne, who plays grown-up Newt, tells EW. “But was it ever a full-blown relationship? I don’t know. But certainly, she’s somebody who has touched him hugely. At the beginning of this film you realize she’s now in a relationship with Newt’s brother so, of course, that comes with great complications.”

Newt’s older brother is Theseus Scamander (Callum Turner), a highly respected Auror. We’ll meet him and Leta for the first time in The Crimes of Grindelwald, which opens Nov. 16.

Also in the EW write-up, it has been revealed that young Newt is being played by actor Joshua Shea (no word yet on who plays young Leta or Sebastian).