“The most riveting aspect is the tonal change,” Redmayne tells EW. “It’s darker and more rigorous and weaving in the Potter lore we’re much more familiar with. So these characters you met in the first film are now in the wizarding world you understand more thoroughly. When I read [the script] it had these cryptic elements to it and it played like a thriller that made it a page-turner.”

Redmayne, who reprises his role of magi-zoologist Newt Scamander in the film, also gave us some story details which gives us a few new hints. Obviously, the dark wizard Grindelwald (Johnny Depp) was captured in the last film. In the new story, he’s being sent back to Europe to be tried and manages to escape.

“I’m enlisted by Dumbledore (Jude Law) to try and track him down and capture him,” Redmayne says. “What’s happened is Grindelwald’s belief that purebloods should reign over all non-magical beings is a political thing. He’s rallying more and more people and it causes divisions across families. He’s pretty hypnotic.”

In addition to this, EW have also released a brand new still from the upcoming film showing Newt looking a little alarmed as he exits his case: 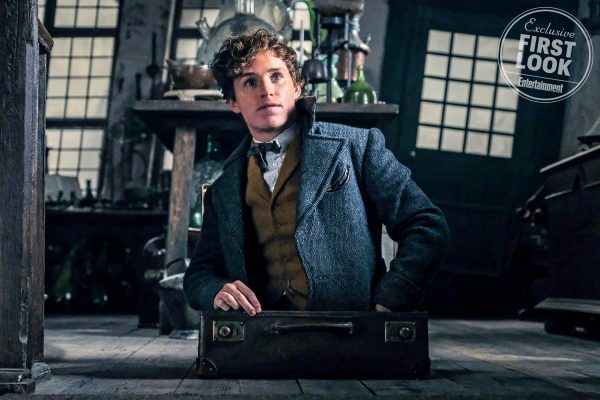 Where do you think he is? Let us know your thoughts & theories over on Twitter!